With 30 degree heat, and a light breeze, we headed for the beach, knowing full well that the water temperature (at Clifton Four, on the Atlantic Ocean side of the Cape Peninsula) was only about 15 degrees. While some of the braver ones (i.e. Ryan, Mark & Abi) went for a proper swim, Lauri and I were happy to dip our feet and throw a Frisbee around. As was to become quite a regular occurrence, the Three Musketeers climbed the rather large rocks at Clifton 1st Beach, while I was happy snapping away at waves, sand, boulders, and crazy people climbing rocks. 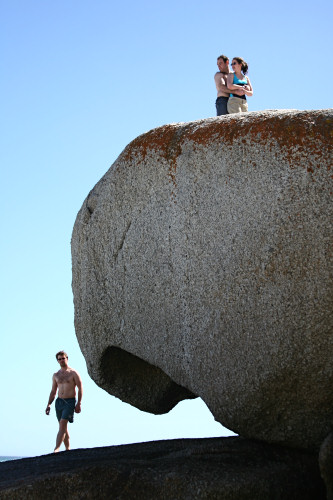 In the afternoon, we headed up to Kirstenbosch, Cape Town’s impressive Botanic Gardens. The weather can be rather variable at different points around Table Mountain, and the Botanic Gardens (on the other side of Table Mountain from the beach) were shrouded in low cloud. We enjoyed a picnic on the lawn, with some nice guinea fowl (running around, not for lunch!). We wandered around the gardens, which are beatiful on their own, but enhanced by the omnipresent Table Mountain hanging over it. 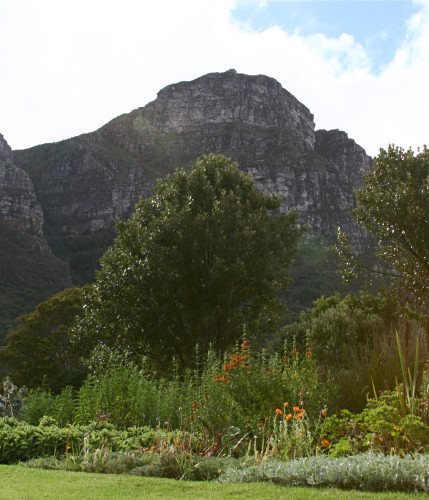 We chose this Sunday to visit the gardens as it was the last summer concert. The low-lying cloud turned into drizzle as I was wandering through the sculptures in the gardens, but stopped just as The Rudimentals took to the stage, with their reggae- and message-filled music (use a condom, don’t get AIDS). Hundreds of people enjoyed picnics on the hill, as the young fans jumped and waved in front of the stage. Oh, and the bassist sported the longest dreads I’ve ever seen. 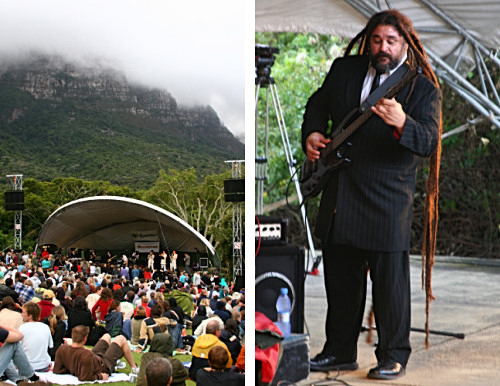 On the way home at night, we drove up to the Table Mountain cable-car station to admire the Cape Town nightscape. Back at the apartment, we watched Armageddon (most people hadn’t seen it yet, made for great entertainment), and had an air-time paper plane competition (from our 7th floor balcony). FinnAir beat South African Airways, with BA crashing rather dismally.