I went to see Jem in concert about a month ago. The main reason for going was because a couple of my best friends had been to a concert before (together), and weren’t able to come along to KT Tunstall’s amazing gig in Nottingham. Oh, we all quite like Jem, and I think I’ve now become addicted to gigs!

Iâ€™ve added my favourite photos from Jem’s gig at the Cambridge Junction to my CantabPhotos portfolio. 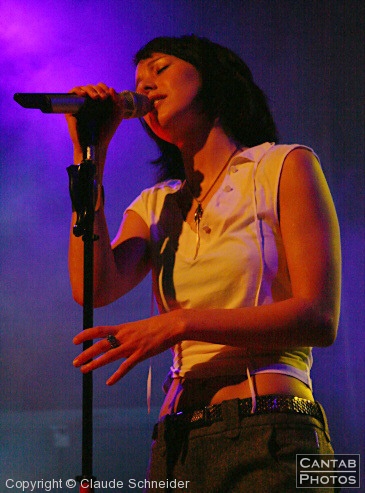 Jem wasn’t quite in the same league as KT, but settled into her set well, the highlights being “24”, and the band’s rocking rendition of “Sweet Home Alabama”.

There are also a few photos of the support act, Mattafix.

With a crisp, clear night boasting a brilliant full moon, I headed out with my camera, and after 2 hours of salsa to warm me up, spent 2 hours getting rather numb taking photos, but the results were worth it.

I wouldn’t have spotted the moon-halo, had it not been for a group of people standing in the middle of John’s New Court, excitedly talking about how amazing it looked, yet having no idea what it was. Lucky for them a friendly NatSci was walking past to explain all… ;)
Here’s an explanation if you’re interested.

Here are a few quickly-processed favourites – I’ll post the rest on CantabPhotos when I get round to sorting through my huge backlog of photos. 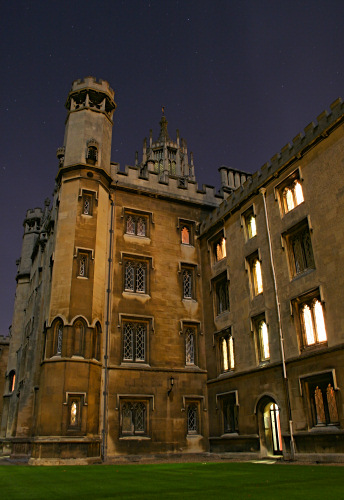 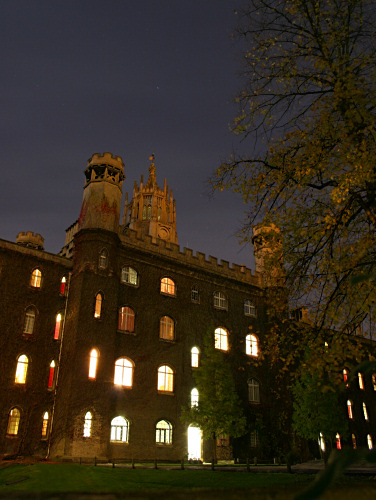 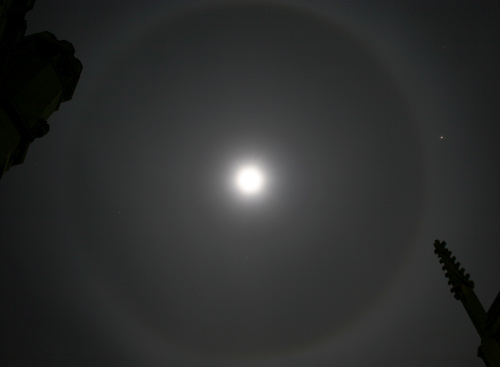 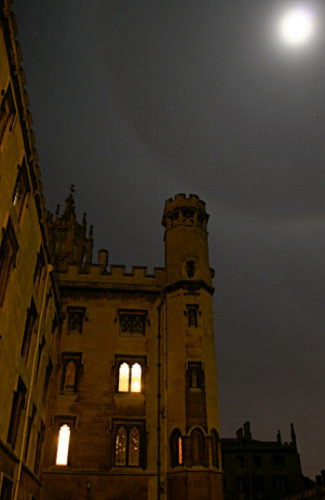 I went to see KT Tunstall again on Monday, and had one of the best evenings of my life!

I’ve added all of my photos from KT’s gig in Nottingham to my CantabPhotos portfolio.

This photo seems to be most popular with visitors: 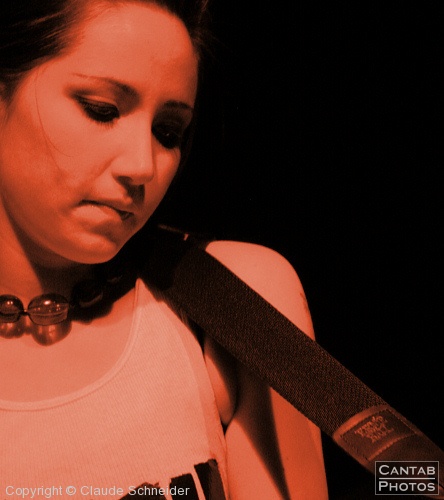 Until I get round to writing something specific for my blog, you can read my review of the evening at KT Tunstall’s website forum

There have been lots of gorgeous sunsets recently, almost every day. I’ve photographed one or two, but am struggling to find a good location near me. My usual spot, Castle Mound, has some cranes which happen to lie between the mound and the sunset, but it did make for an interesting photograph: 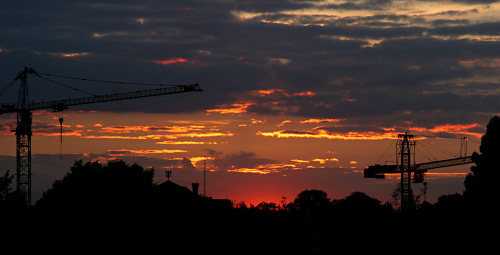 Here are a couple of photos of a friend’s cute Lakeland Terrier. It’s a shame that in reality the dog is a real diva! 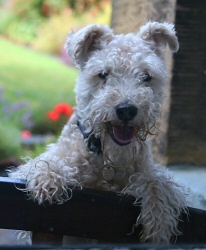 Have a guess where this stunning sunset took place. Then try again. And again. You won’t believe it…

Click on the photo to view a larger image, and find out where it was taken…

Last December, I posted a photo I took of King’s College Chapel in this blog. I submitted it to the BBC News website magazine last night; following on from an article written by a friend of a friend, they requested photos of buildings. I was pleasantly informed by a few people today that they saw my pic on the BBC website – nice of the Beeb to have selected one of mine :D

I just got a message from KT Tunstall saying she liked my photos! OK, so she’s really nice and contacts lots of her fans, but it still got me beaming again after last week’s encounter :D

She’s on tour in Australia at the moment, and had chance to look through the photos I took of her performance at the Cambridge Folk Festival last week – it’s rather neat that we’re, ahem, fans of each other’s work. :D

It almost seems like a dream now, but I just met KT Tunstall!! She’s SO nice!!! 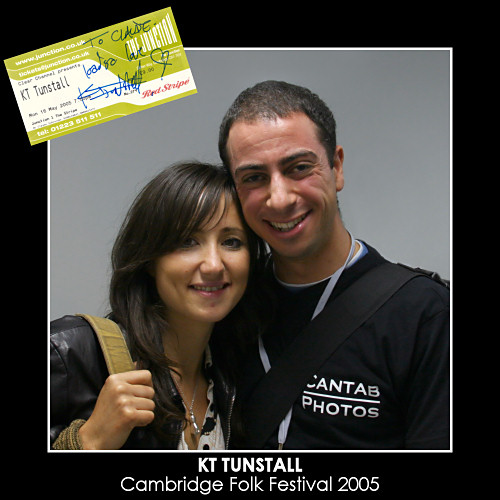 I first saw KT Tunstall perform live at the Cambridge Junction back in May (my cousin first told me about her and wanted to go), and was blown away by her talent, energy, and great songs. Her performance live is an order of magnitude better than her album, which is itself fantastic. I decided against taking photos back then, and we both enjoyed the concert much more for it. Since then, her debut album has gone platinum, and she’s been nominated for the Mercury Music Prize.

So when I saw KT Tunstall on the billing for the Cambridge Folk Festival, I contacted the festival organisers and her manager to see if I could get a photo pass. The festival organisers couldn’t help me out (they didn’t get my original e-mail until it was too late), but KT Tunstall’s manager and tour manager were really helpful and arranged my photo pass and festival entrance. I only found out on the morning of her set that I could get into the festival to use the photo pass they’d arranged a while back, and still wasn’t convinced until I turned up and was given a wrist-band and guest pass!

I had a bit of a wander around, bumped into another press photographer I’d met before, who shared some useful logistical info. About 10 mins before her set was due to start, met the Media Liaison people who escorted us to the pit area. There were about 20 other press photographers there with me (from the music press, local news, photo agencies, folk magazines etc.), and we had 3 songs to get our photos. I snapped my way through a load of photos in that time, which seems like a blur now, and for the rest of her amazing set, took some more photos from the guest area at the front/side of the stage. I spent most of Saturday sorting through all of them, and they’re now on CantabPhotos, along with photos of The Proclaimers, and general shots around the festival. On first glance through the pics when I got home that night, I was worried that they were all blurred or out of focus (low light, difficult angle), but now I’m really happy with the photos I got of KT; I think my very favourite one (for lighting colours and her pose) is photo 48 on CantabPhotos (shown below).

Getting great photos wasn’t the best part of the evening though – I hung around afterwards and asked the media liaison/stage management people nicely if I could say thank you to her tour manager, for arranging my photo pass and ticket. The media liaison person let me backstage and introduced me to the assistant stage manager, who had a better rapport with the performers. I met her tour manager, Murray, who was as friendly and helpful in person as he had been in all of his e-mails while arranging my ticket for the festival. While waiting for KT and her band to finish their discussions, and then for KT to finish talking on her mobile, I spoke with Murray and a couple more musicians (Ryan, the Australian bassist of Cat Empire, and then some of KT Tunstall’s band), before meeting the lovely lady herself! Had a chat in her dressing room, (what exactly we talked about is lost in a blur now!). While she was talking to the one or two other people there, I called up my cousin and said “You’ll never guess who I’m standing next to right now……KT Tunstall!” – she wasn’t sure if I was joking, or how I’d managed it, until I gave KT my phone and they had a chat – my cousin was rather speechless afterwards! Of course I got the requisite autograph (on the concert ticket from May) and photo with her :D before she had to leave, bound for Australia the next day. I was still smiling when I woke up the next afternoon!

She’s SO nice! She truly deserves all the success and happiness that her considerable talents afford her.

These seem to be the most popular photos in the gallery: 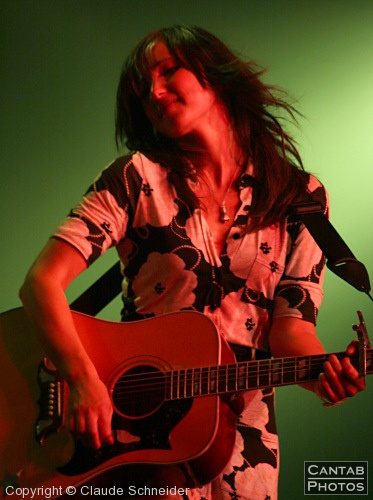 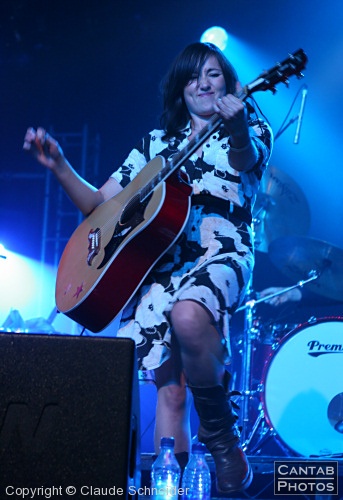 There are hundreds of tales recounted about Cambridge, many are probably apocryphal, but they’re still juicy enough to tell people who haven’t heard them yet (or gullible tourists in a punt). While taking the photographs shown below, I noticed the inscription on the Trinity Chapel, which reminded me of one of these tales. I’ve not checked the veracity of the tale, but shall pass it on anyway…

Lying on the John’s Backs in the summer, you’ll often hear the reason why the John’s New Court Wedding cake has no clock. Allegedly, there was a race between St. John’s and Trinity to build a clock on their new courts, as they didn’t want to have clocks interfering with each other’s chimes on the hour. Trinity being Trinity, cheated and finished their clock tower in wood (while John’s built the New Court Wedding Cake with stone). The terms of the deal meant that Trinity now chimes the hour twice – the first time for Trinity, and then again immediately afterwards, for St. John’s. In return, St. John’s was able to choose which inscription should be placed on Trinity’s Chapel entrance, as long as the text came from the Bible. So a verse was chosen from the New Testament Gospels: 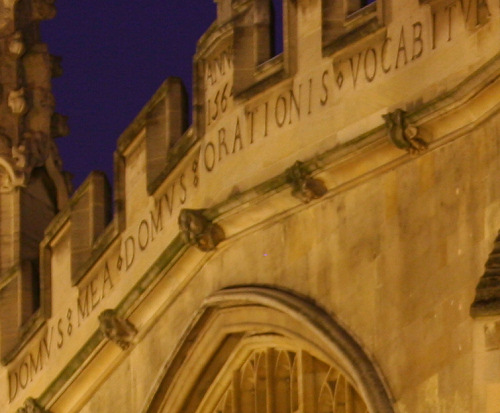 “My house will be called a house of prayer”

Sounds innocuous enough, doesn’t it. Except the line following on from this line is:

“You have turned it into a den of thieves”

So, did John’s exact their revenge for not having a clock tower? Perhaps, but the same inscription can be found on the church of Ste. Madeleine at Rennes-le-ChÃ¢teau in France, so perhaps Trinity chose the inscription of their own free will…who knows…..